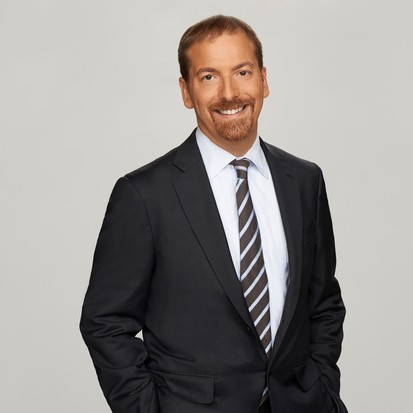 Breakfast with Chuck Todd, Host of NBC's "Meet the Press"

"You have to hear from the other side, but I can’t let my platform be hijacked. We should demand politicians put it all out there." – Chuck Todd

Since 1947, NBC's "Meet the Press" has provided its viewers with critical analysis on politics from the nation's top thinkers and incisive interviews with political leaders from across the political spectrum. Since 2014, Chuck Todd has hosted the show hailed as the longest-running show on American television.

With just over one month before election day, Ohio is garnering the kind of attention that suggests it may still be a swing state. A recent NBC News poll suggests 64% of voters say they have high interest in the upcoming midterm elections, an all-time high for a non-presidential year, and the most recent statewide poll puts the senate race at a dead heat.

Chuck Todd has been working in political journalism for 30 years. In 2007, he was brought to NBC by Tim Russert, who then hosted "Meet the Press." As a journalist, political analyst, anchor, and moderator, he has had a ringside seat from the Clinton era to today.

Join the City Club for breakfast with Chuck Todd as we traverse the political landscape of the state and the nation.