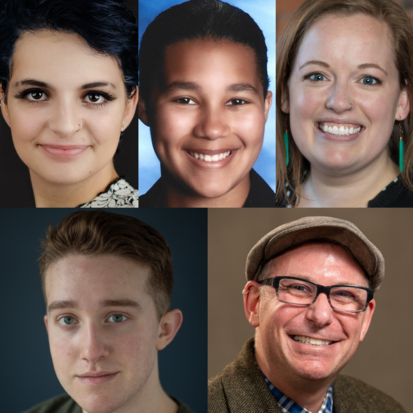 Coming Out and Coming of Age

"Just be yourself and your friends and family will love you for who you are, and if they don't, you find your chosen family." – Emma Curd

Growing up can be hard enough. For LGBTQ+ youth, coming out adds to the pressures and challenges as they come of age. Studies have shown that LGBTQ+ youth are more than four times as likely to attempt suicide than their peers. But when those kids are given access to LGBTQ-affirming spaces, they reported lower rates of suicide attempts, according to The Trevor Project.

Yet, American public schools have become lightning rods in the culture wars and incubators for public policy targeting controversial topics. This includes discussions of sexuality, gender identity and LGBTQ+ related topics in classrooms. Just seven years after gay marriage was legalized in the United States, today's youth and young adults are facing a changing climate in their schools and communities. It begs us to ask how they are faring, and what can be done to ensure all students are provided a safe and inclusive classroom.

Join us for a conversation led by Ken Schneck, Editor of the Buckeye Flame, that centers LGBTQ+ youth voices in advance of National Coming Out Day.