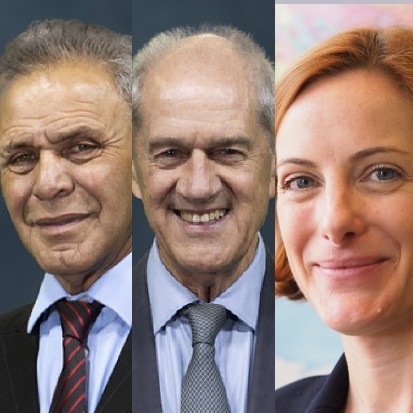 Lessons from South Africa: Moving Past Polarization and Intense Division in America

"The system of Apartheid was not only about geographical separation, it was about access to resources and a system that was based on superiority and inferiority." – Mohammed Bhabha

Online registration has closed. If you would like to join us in-person for this forum, we welcome you to be a part of our walk-in guest list. No advanced registration is needed for the walk-in guest list. Alternatively, the livestream will be available beginning at 12:00 p.m. at www.cityclub.org. For questions, please contact Amber Smith at asmith@cityclub.org, or at (216) 621-0082.

At a time when America is facing immense polarization, there are lessons to be learned from other nations that have faced similar challenges. From South Africa to Northern Ireland, other societies have struggled with intense divisions that nearly tore them apart. What solutions worked for countries like South Africa that Americans can consider to reconcile our own divisions? And what does truth and reconciliation look like here in our own country with its own history of colonization and slavery?

Roelf Meyer is known for his role as the South African government’s chief representative in the 1993 negotiations to end apartheid and establish a democratic country. He served in the cabinet of former President Nelson Mandela, and later became secretary-general of the National Party. In 1997 he co-founded the United Democratic Movement. Meyer consulted on international peace processes in Kosovo, Myanmar, Northern Ireland, and Rwanda, among others.

Mohammed Bhabha is a former Member of Parliament, qualified attorney, and experienced negotiator. He was part of the African National Congress (ANC) team at the Convention for a Democratic South Africa (CODESA), and later as part of the agreements on the final South African Constitution. Mohammed has worked on transitional and constitutional support projects in Kenya, South Sudan, Madagascar, Sri Lanka, Yemen, Palestine, Bahrain, and Zimbabwe.

Join the City Club of Cleveland for a conversation led by Carina Van Vliet with the Cleveland Council on World Affairs, and two renowned world leaders who were instrumental in ending apartheid in South Africa on lessons that we can apply to current American divisions.