Ronald B. Cohen Forum on Entrepreneurship and Innovation 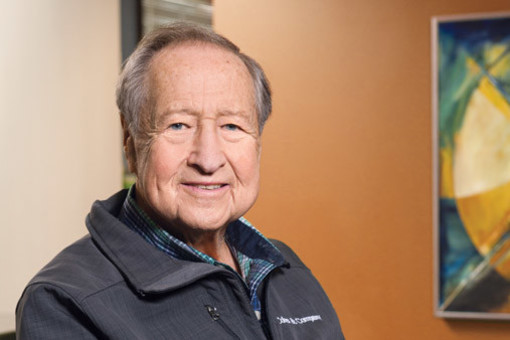 Ron Cohen is known as a trailblazer, champion, and mentor. A CPA and JD, Mr. Cohen built his reputation on a dual passion for the tax code and helping entrepreneurial enterprises. The firm he founded in 1977 - Cohen & Company - thrives today and is grounded in helping its clients, employees and community be successful.

Named “One of the Most Influential CPAs” in the 100-year history of the Ohio Society of CPAs, along with many other accolades, Mr. Cohen’s reach has been felt throughout the accounting industry. A dedicated voice for private companies, he served as a delegate to all three White House Conferences on Small Business (1980 - 1995). He also played major roles in National Small Business United; participated in the National Advisory Council of the Small Business Administration; and testified on tax and small business legislation before the U.S. Senate Finance Committee and House committees. Mr. Cohen also frequently authored articles and spoke on a variety of tax and business topics.

Mr. Cohen has always been equally passionate about his charitable endeavors. He was in on the ground floor for the creation of two of the area’s cultural assets: the Maltz Museum of Jewish Heritage and the Rock and Roll Hall of Fame and Museum. Throughout his career he served as an officer for numerous organizations, including COSE (Council of Smaller Enterprises) and the Jewish Community Federation.

Mr. Cohen’s vision and passion have continued to drive success for businesses, entrepreneurs, and communities here in Northeast Ohio and nationally. This forum was established through a generous gift from Cohen & Company, the Cohen family and Mr. Cohen’s many friends and supporters.