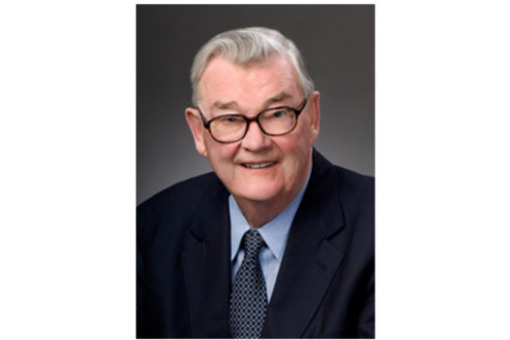 Richard Hollington practiced law in Cleveland for 56 years and recently retired as a Senior Partner with the law firm of BakerHostetler.  He was also very active in the banking business, serving as bank chairman of the Ohio Bank and later as lead director of Sky Financial (now Huntington).  He also served as a member of the Ohio Banking Commission and the FDIC’s Commission on Banking Policy.

Mr. Hollington was Mayor of Hunting Valley and in 2010-11 served by appointment as a State Representative in the Ohio General Assembly.  Previously, he had been Law Director of the City of Cleveland and served two terms as an elected State Representative.

Sally Hollington was a very active civic volunteer throughout her life. She served on the board of the Hathaway Brown School for more than 30 years and as its President. She also served on the boards of Metropolitan General Hospital, St. Luke’s Hospital Foundation, the Greater Cleveland Hospital Association, Brittingham Medical Library and as chair of the WVIZ auction. Her interest in the arts and ceramics (she was a potter) led to her service on the board of the Cleveland Institute of Art. She was also engaged in the economic vitality of Northeast Ohio as a member of the Funders’ Committee of the Fund for Our Economic Future. Sally passed away in 2021.

The Hollingtons have four children, three of whom reside here, and ten grandchildren.