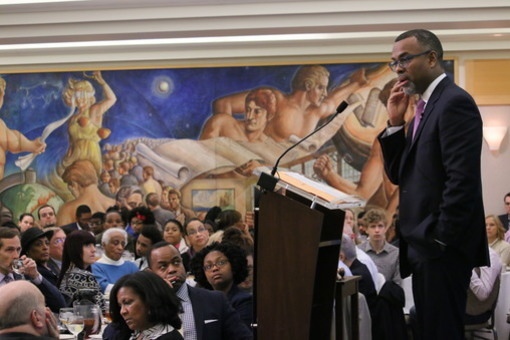 It Takes a Village: Improving Black Infant and Maternal Health
Combatting Eviction in a Time of COVID
Desk 88: Eight Progressive Senators Who Changed America
Life and Literature of N. Scott Momaday
The Color of Law: Housing, Segregation, and Education in the U.S.
The Value Gap in the Age of Trump

Colleen Shaughnessy was a unique and rare person committed to community service and bettering the people around her.

Beyond her active involvement in politics, Colleen was an enthusiastic, honest and idealistic mover of people. Colleen was a builder in her neighborhood, church and community. Her energy was contagious, and she demanded commitment and social awareness from the many people she called her friends.

Colleen lived in this community only four years, but she touched and affected more people than most do in a lifetime.

The Colleen Shaughnessy Memorial Forum was created to recognize Colleen’s contributions to Cleveland.