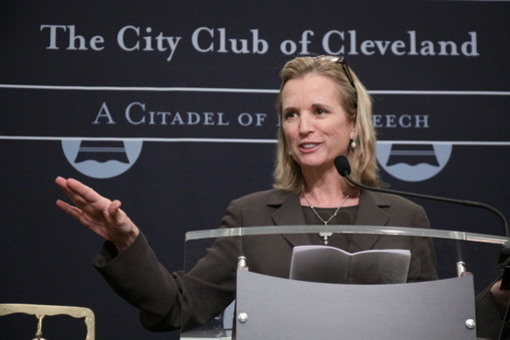 The State of Antisemitism in America Report 2020
Hate: Why We Should Resist it with Free Speech, Not Censorship
Why Border Enforcement Backfired
Pursuing Justice
Status of the Current Peace Efforts with Israel and Palestine
Understanding Operation Protective Edge: The Gaza Strip in Context
Kerry Kennedy
Martin Luther King, III

David Ralph Hertz was a lawyer, judge, and community leader in Cleveland for more than 60 years.

Judge Hertz was born in Cleveland on July 21, 1898, the son of Aaron Daniel and Bertha Lichtman Hertz. The oldest of seven brothers, he became interested in politics at the age of 12 when his father took him to tent meetings of Mayor Tom L. Johnson.

He absorbed political liberalism and was on the debating team at the old Central High School. In 1919, he received his Bachelor of Arts degree from the University of Michigan. He then studied law at Columbia University in New York, earning his law degree in 1921. Except for periods of public service, he practiced law in Cleveland until his retirement in 1981.

In Common Pleas Court, Judge Hertz won national recognition as a
pioneer in the use of probation for the rehabilitation of criminal
offenders. His opinion in the so-called Emonds case became widely cited and used in the nation’s law schools.

Hertz joined the City Club in 1923 and, for many years, was a luncheon regular and appeared in several Anvil Revues.

He served two terms as president of the Cleveland Mental Hygiene Association, was an officer of the Center on Alcoholism, Cleveland Jewish Center, and the Legal Aid Society.

In addition to various professional organizations, he was active in the American Civil Liberties Union, representing that organization in a number of civil liberties cases in Cleveland.