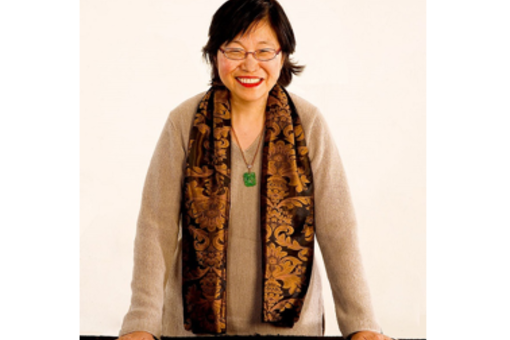 Human Trafficking: The Intersection of Race, Gender, and the Law
Assume Nothing: A Story of Intimate Violence
Paving the Way for Downtown's Future
Don't Label Me: And Other Tips for Healing a Polarized America
Science as Social Change: The Woman who Saved Flint's Children
Is the American Republic in Danger?
Is Islam Compatible with Freedom?
Grandfather's Lessons in Nonviolence and How to Make Peace

In more than 35 years of practice, Margaret Wong has built Margaret W. Wong & Associates LLC into a firm nationally and internationally renowned for its knowledge in immigration and nationality law. She is the current co-chair of the Immigration Law Committee for the National Asian Pacific American Bar Association and chair of the Cleveland Metropolitan Bar Association’s Immigration Law Section. Ms. Wong is also a life member of both the Eighth Judicial District Court and the Federal Sixth Circuit Court.

Months before her birth, Ms. Wong’s Chinese parents fled the political repression and civil war caused by the Communist takeover in China. She was born in 1950 in the former British Colony of Hong Kong. Because of her personal experiences obtaining a Green Card and U.S. citizenship under U.S. immigration law, Ms. Wong recognized the need for guidance and she founded her practice with one desk and no secretary. Currently, her practice includes nine attorneys and 35 additional staff members with offices in seven cities.

The author of the Immigrant’s Way, Ms. Wong has been named a “Leading Lawyer” and a “Super Lawyer” by her peers, distinctions reserved for the top 5 percent of lawyers. She has also been listed as one of the “Best Lawyers in America” and was named the Honor Professor of the People’s University of China, the nation’s number one law school.

Ms. Wong is a civic leader who inspires others and who is the recipient of many awards and honors including the Margaret Ireland Award from the Cleveland Women’s City Club, the 1997 Creative Philanthropy Award from the Women’s Community Foundation, and the highly coveted Ellis Island Medal of Honor. Ms. Wong has been named to the Crain’s Cleveland Business Women of Influence; Cleveland Magazine’s Most Interesting People; and Ohio’s Women’s Hall of Fame.