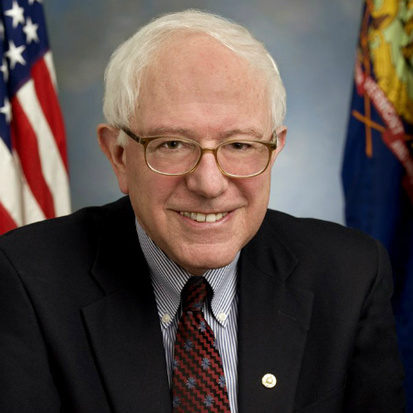 "Economic inequality is not an economic issue, it is a moral issue." – Bernie Sanders

On April 30, 2015, Senator Bernie Sanders announced his plan to run for President. Running on a campaign that rallied to make college tuition debt free, to create a living wage, to stymie the influence of Wall Street on politics, and to radically reduce income inequality, he inspired a generation, garnering more than 2 million votes from people under the age of 30 - more than Hillary Clinton and Donald J. Trump combined. Despite originally being considered a long-shot candidate, Senator Sanders raised more than $33 million in the final quarter of 2015, with the average donation only totaling $27.16.

Senator Sanders leveraged this grassroots support and went on to win 23 primaries and caucuses and 43 percent of pledged Democratic delegates, a significantly larger percentage of the vote than expected against predicted frontrunner, Hillary Clinton.

Senator Sanders, the son of Jewish immigrants from Poland, grew up in Brooklyn, New York. Active in politics since his involvement in the Civil Rights Movement while at the University of Chicago, Sanders was first elected in 1991 as a Vermont congressional representative. He joined the Senate in 2007, gained national recognition for his advocacy around universal single-payer healthcare, expanding voting rights, and campaign finance reform, and is currently the longest-serving independent politician in Congress.