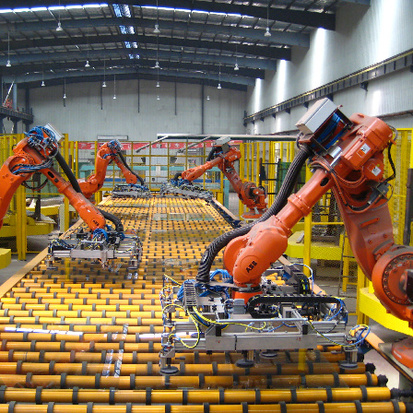 Man vs. Machine: The Future of Manufacturing in Ohio

"What is that thing that's going to make manufacturing opportunities rise to the top? We have to change our narrative." – Alicia Booker

Manufacturing output is growing in Ohio. Currently 20 percent above pre-2009 levels, the Ohio manufacturing sector has been investing in technology with productivity expected to increase by 75 percent by 2025 for the 18 counties of Northeast Ohio.

However, the increased production doesn’t necessarily mean increased employment. Why? Automation. The Bureau of Labor Market predicts manufacturing jobs to decline by 2018– the White House released a report last year which concluded an 83 percent chance that automation will replace a job that pays $20 an hour. As the rise of robots and automated machinery continues, manufacturing will become more productive, with less human workers.

However, educators in Northeast Ohio are fighting to prioritize manufacturing jobs, which is still the largest sector of Ohio’s economy. Tri-C is redesigning their Unified Technology Center on the Metropolitan Campus into a state-of-the-art Manufacturing Technology sector and is working alongside other colleges and universities in the area so students are prepared for the higher level of skills that manufacturing jobs involving automation will require.

Is this enough? In an age of automation, how can Ohio avoid unemployment, but maintain a leader in manufacturing? Does manufacturing still matter?