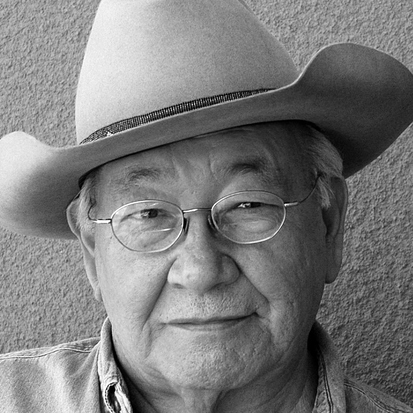 "Language is so important. The pendulum swings in the way of science these days, but even the scientists have to converse with the rest of us." – N. Scott Momaday

N. Scott Momaday, a writer, teacher, artist and storyteller, has devoted much of his life to safeguarding oral tradition and other aspects of Indian culture. He was born a Kiowa in Oklahoma and grew up in the Indian southwest. He earned a doctorate at Stanford University, joined its faculty, and taught American literature widely, including in Moscow.

An author of 13 books, including novels, poetry collections, literary criticism, and works on Native American culture, Momaday won the Pulitzer Prize for Fiction in 1969 for House Made of Dawn, which is considered the first novel of the Native American Renaissance.

In 2007, President George W. Bush awarded Momaday the National Medal of Arts. This year, he will be honored with the 2018 Anisfield-Wolf Book Award for Lifetime Achievement.

Thanks to HarperCollins, each guest attending this forum will receive a complimentary copy of House Made of Dawn.