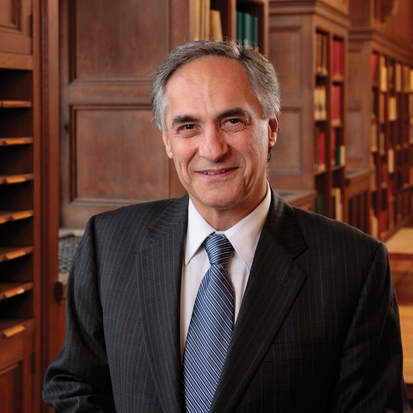 "What is required is an articulate commitment by universities to open discourses and the environment of intellectual challenge that comes with it." – Robert J. Zimmer, Ph.D.

Over the last several years, the debate over free speech on college and university campuses has become the dominant issue facing higher education. Reports of the implementation of university speech codes and trigger warning policies, commencement speaker "dis-invitations," and protests, many of them violent, over the views expressed by faculty or invited speakers have ignited fierce controversy from both the right and the left.

Robert J. Zimmer, Ph.D., President of The University of Chicago, has emerged as a leading voice advocating for the freedom of speech and academic freedom on college and university campuses. In 2015, The University of Chicago released its "Report of the Committee on the Free of Expression" arguing that the "fundamental commitment is to the principle that debate or deliberation may not be suppressed because the ideas put forth are thought by some or even by most members of the University community to be offensive, unwise, immoral, or wrong-headed." This report, now known as "the Chicago Statement," has been adopted by 35 colleges and universities.

In October 2017, The New York Times penned an op-ed praising Zimmer's efforts and calling him "the most essential voice in American academia today." Earlier this year, a Wall Street Journal op-ed dubbed The University of Chicago "the free-speech university."

Join us as President Zimmer shares his thoughts on the continuing war of words facing college and university campuses.