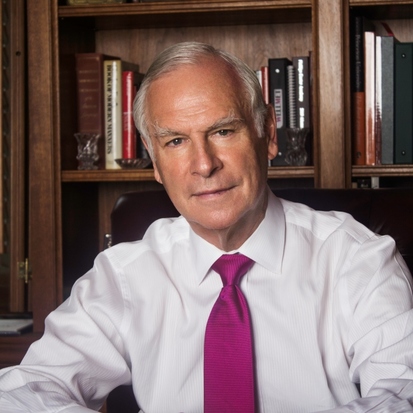 "The true value creators are not the ones who bring capital to the table. The secret sauce is not that--it’s what people can build." – Peter Georgescu

Peter Georgescu arrived in America as a penniless Romanian teenage refugee and rose to prominence as the CEO of Young & Rubicam, a global marketing and advertising agency. It's an American Dream success story — one that Georgescu believes would not occur in today's economic environment characterized by disappearing jobs, flat wages, and a shrinking middle class.

In his newest book, Capitalists Arise! End Economic Inequality, Grow the Middle Class, Heal the Nation, Georgescu examines the shift from stakeholder capitalism to shareholder primacy as business leaders increasingly place value on maximizing shareholders' returns over a variety of stakeholders including employees, community members, and the business itself.

Can we reclaim capitalism as a means of creating wealth and shared prosperity? Who should be responsible for leading the charge?

The City Club of Cleveland’s Authors in Conversation Series is supported, in part, by the residents of Cuyahoga County through a public grant from Cuyahoga Arts & Culture