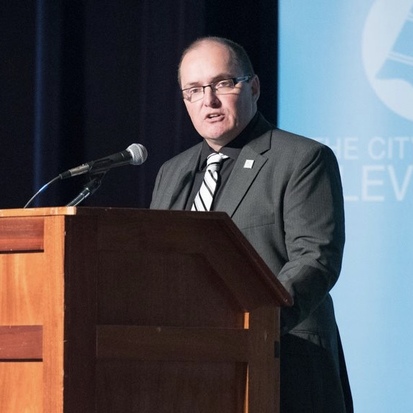 "Our momentum can only accelerate...by applying a strong countervailing force against the greatest threat to our children’s success and future - poverty.
" – Eric Gordon

In January, Cleveland was selected by Say Yes to Education, a national nonprofit organization that works to make college affordable, as the next site for its community efforts. It was another success for Cleveland Metropolitan School District (CMSD) and The Cleveland Plan which, over the last several years, has seen steadily increasing graduation rates and the opening of a varied portfolio of school options for families.

Launched in September 2012, The Cleveland Plan has a goal of tripling the number of Cleveland students enrolled in high-performing schools. Now, seven years later, part of that process includes the proposed closing and/or consolidation of nine K-through-grade-eights schools with low enrollment and low grades from the state, raising concerns among parents and community leaders. A similar process for high schools will follow later this year.

Given the current successes and challenges, how is The Cleveland Plan working? What additional priorities and challenges have been identified? How much is Cleveland's persistent poverty rate and social issues preventing students from learning and achieving their full potential?

Join us for the annual tradition of hearing from CMSD CEO Eric S. Gordon, leader of the region's largest public school district — a district whose improvement many believe is key to the future success of our city and region.