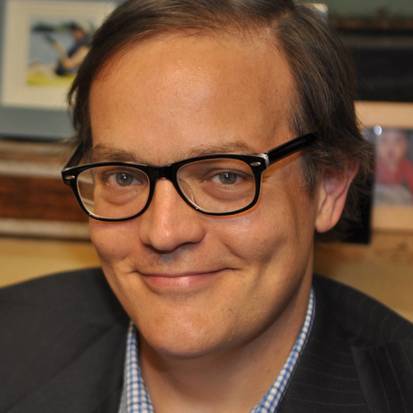 Apple, Antitrust, and Irony: What Americans Really Think About Competition

"There might not be a hero in every case. You don’t need to know who’s the good guy or the bad guy to make good policy." – Chris Sagers

In 2019, the federal government began looking into tech giants and whether they are violating antitrust laws. The four, Apple, Amazon, Google, and Facebook, are under scrutiny to determine if their practices stifle competition.

This isn't the first time a big technology company was under investigation for violating anti-trust laws. In 2012, the Department of Justice accused Apple and five book publishers of conspiring to fix ebook prices. The evidence showed clear price-fixing yet consumers, rather than being outraged by the conspiracy which cost them millions of dollars, sided with the defendants. This dynamic is the basis for United States v. Apple: Competition in America, a book written by Cleveland-Marshall College of Law Professor Christopher L. Sagers, a nationally recognized expert on American competition policy.

How has antitrust policy evolved over time as new technology and technology companies are introduced? What lessons can be learned from United v. Apple to help us understand these new investigations into big tech? And, what do Americans really think about competition in the marketplace?

The City Club of Cleveland’s Authors in Conversation Series is supported, in part, by the residents of Cuyahoga County through a public grant from Cuyahoga Arts & Culture