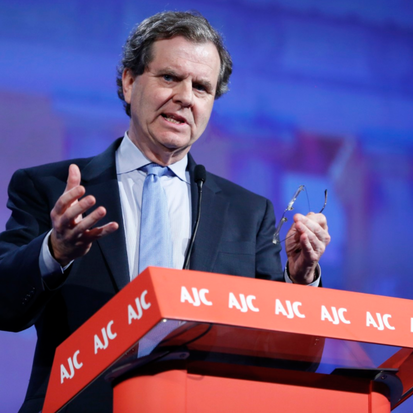 For more than 30 years, David Harris has been leading the American Jewish Committee (AJC), one of the world's leading advocates for civil rights for Jews and a strong Jewish voice against discrimination of all kinds. As every era, these last three decades have seen their share of anti-Semitism, which range from individual instances of violence, to mass shootings, and the rise of far right Holocaust deniers attempting to shape policy based on a false understanding of history.

In his time at the AJC, David Harris has consistently worked to combat anti-Semitism, to advocate for the nation of Israel and to build bridges with allies, wherever they may be. In January of 2020, he led an historic delegation of Muslims and Jews to visit Auschwitz, the Nazi concentration camp. Prior to his leadership role at the AJC, he played a key role in helping Jews emigrate from the Soviet Union where they faced intense discrimination.

Join us, in-person at the City Club on December 10th as we hear from David Harris, CEO of the American Jewish Committee.